A kick to homophobia, the press, PR and social campaign against homophobia in football and sports in general. In collaboration with Arcigay, Arcilesbica and Fondazione Cannavò, the campaign had such an echo that it became the subject of articles in newspapers and services on news programs and in-depth programs, to be finally married by the Italian national football team and by the FIGC. The rainbow laces, symbol of the initiative, were worn by entire players and teams in various sports and at various levels and finally also by the Azzurri. 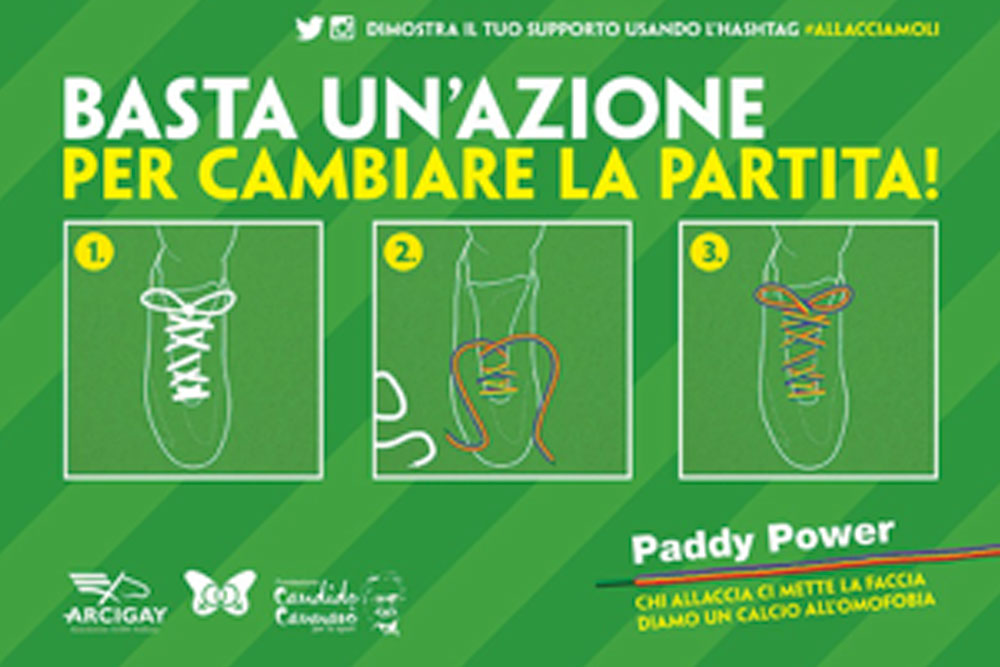 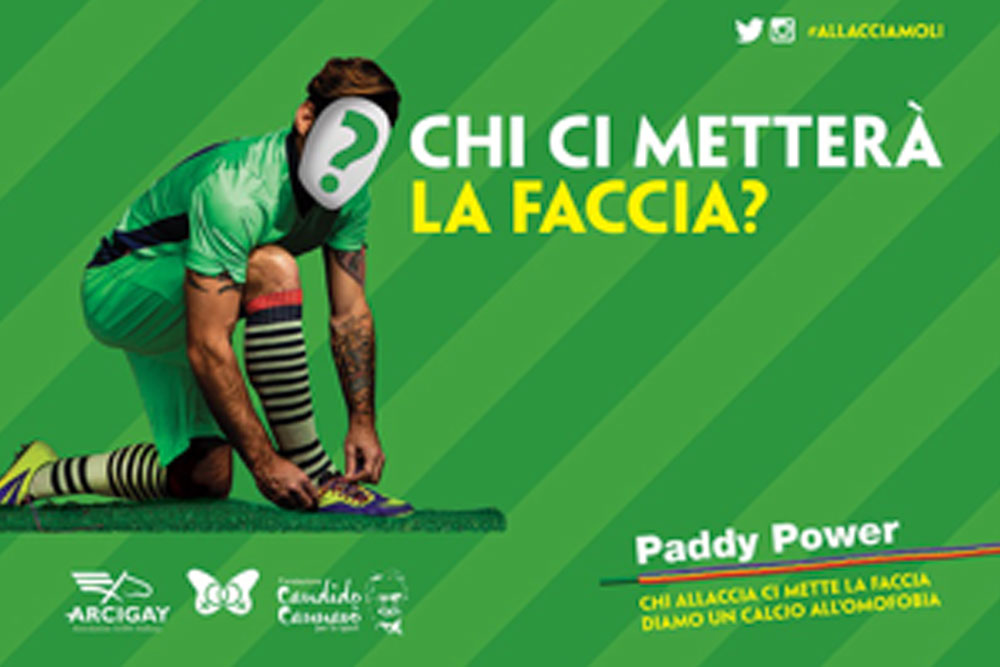 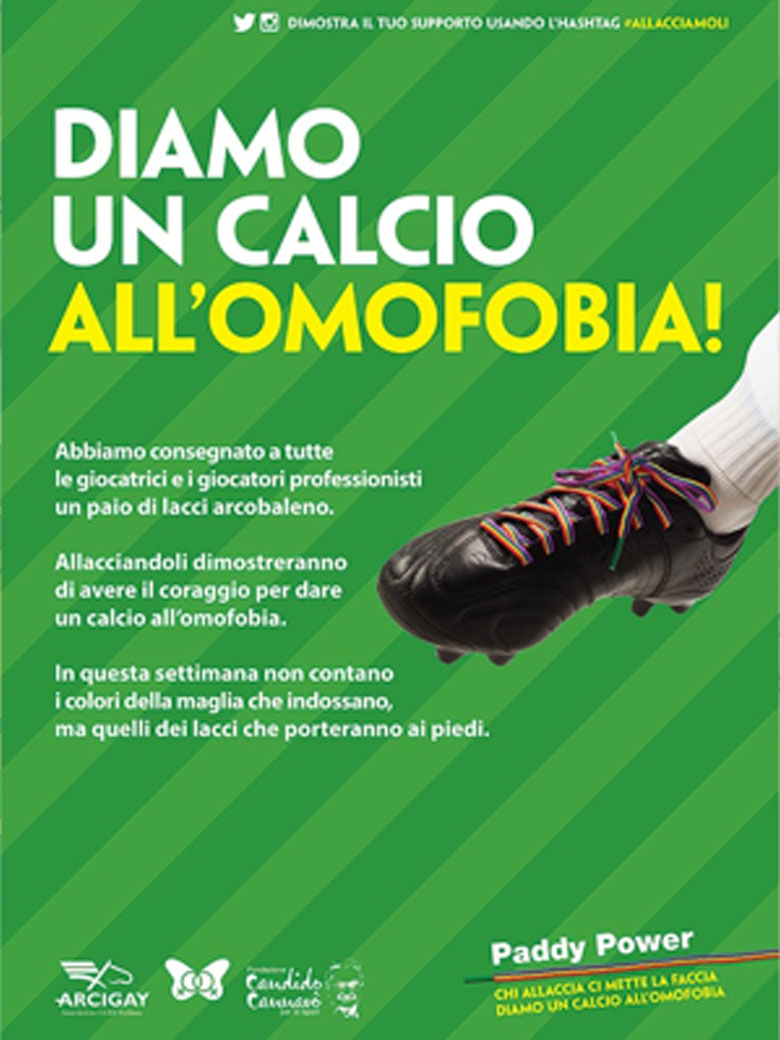 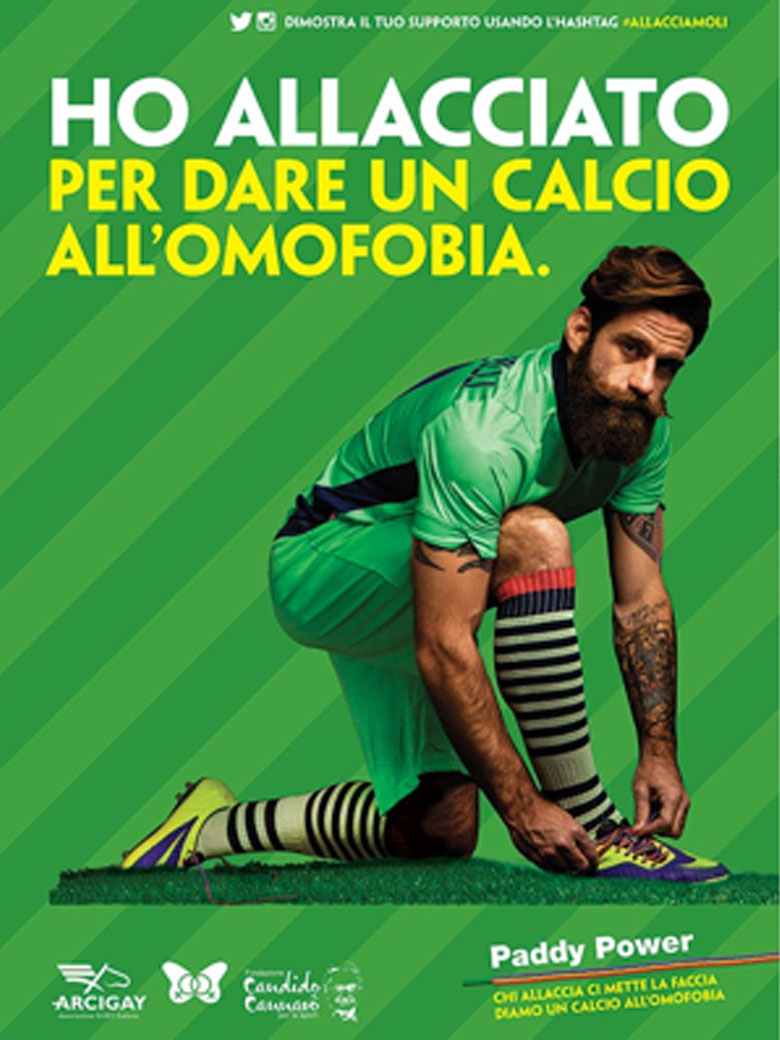 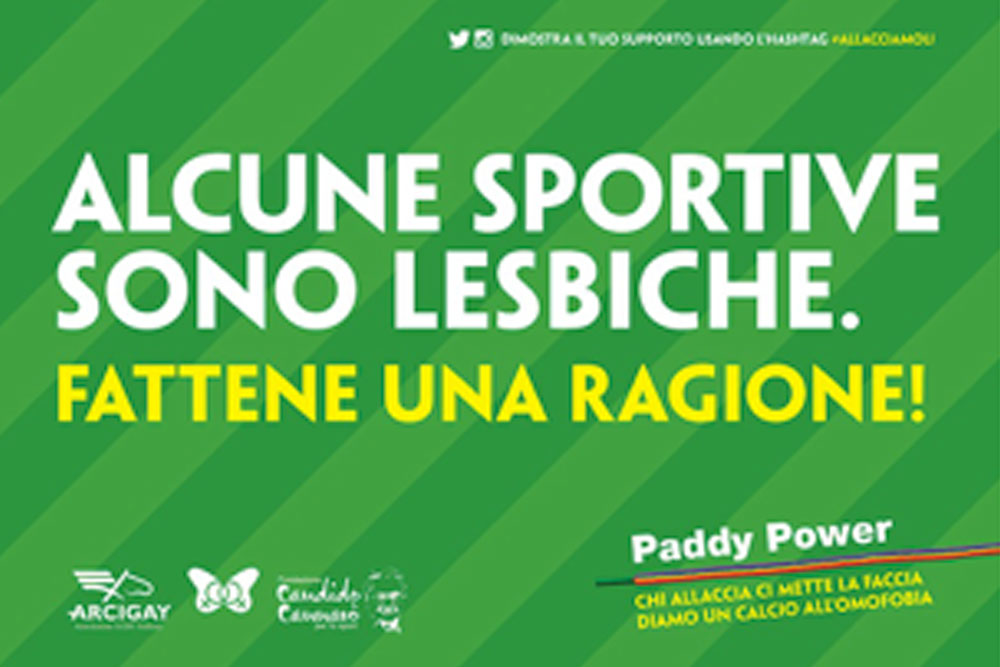 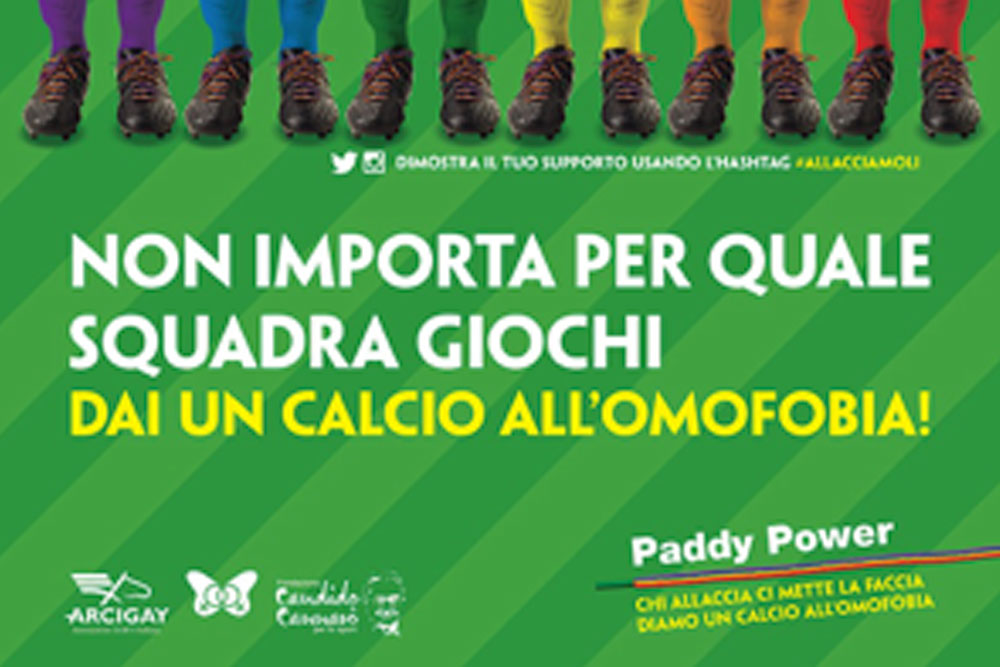 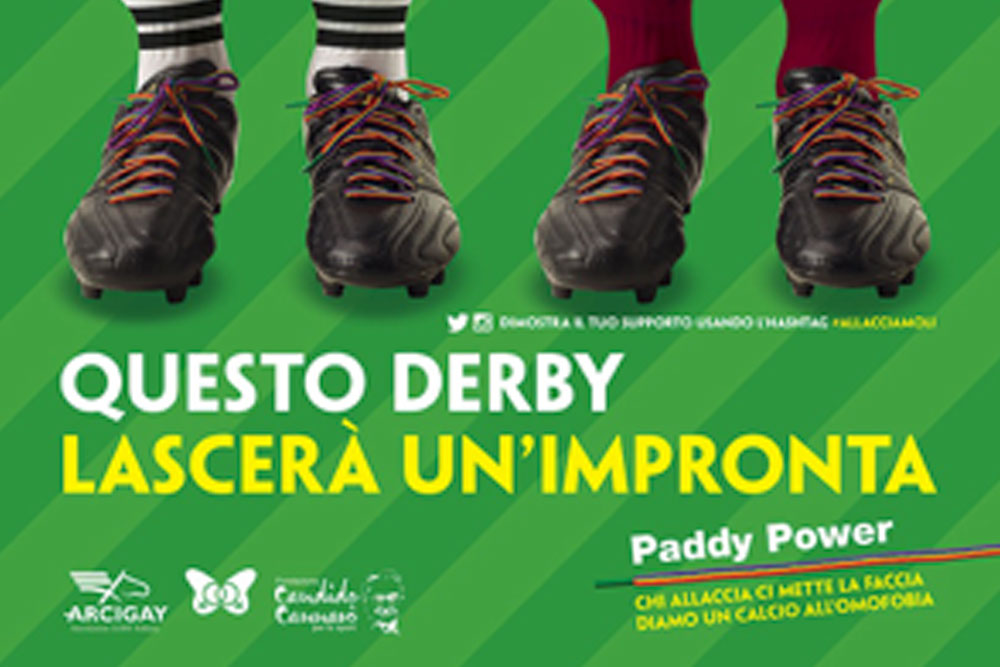